Grace Home Furnishings is having a SALE! 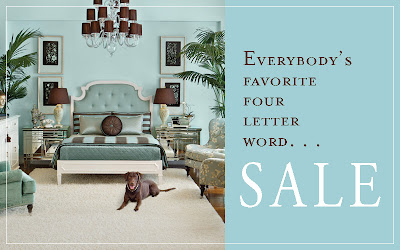 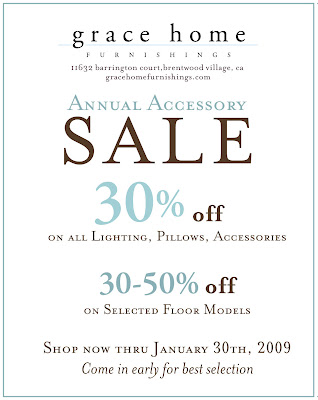 Posted by Glamour Goes Green at 4:16 PM No comments:

Have we lost our imagination?

I read an interesting article about Disney's "House of the Future" on treehugger.com today.  The original house, which was installed in Disneyland's Tomorrowland in 1957,  was actually called the "Monsanto House of the Future."  It was a futuristic imagining of domestic life, and featured such things as a an ultra-sonic pop-up dishwasher, touch-tone hands-free telephone, and a microwave oven.  The design of the building itself was also inventive, as it was shaped like a cross and brought light into each room.   You can view a great video of this house on You Tube, here is Part 1 and Part 2.  It was very Jetson-like and seems to have given great inspiration to Ikea.  It was also imaginative and forward-thinking.
The newest incarnation of the Disney "House of the Future" looks like a bad tract home in a housing development in Porter Ranch.  It is merely a model home with some gadgets thrown in for pizazz.  There is a great article in The Atlantic by P.J. O'Rourke that goes into more descriptive detail, entitled Future Schlock.  In his conclusion to this article he states, "We seemed to have entered a deeply unimaginative era."
Is this true?  I think what has happened is that we used to imagine the future as always being better than what we had in the present.  I know that's what they foresaw in the 1950's when the original Disney house was built.  Now, the future doesn't seem so certain or so bright. However, this isn't an excuse to keep repeating the past, in elements of design or life.  I know we can do better than that.  This is the worst time to become complacent or reactionary.  My favorite definition of insanity is "repeating the same action over and over and expecting a different outcome."  Yet we all do this.  Are we all insane?  No, I don't think so.  But I do think we've lost our imagination, and that certainly has to change!
Posted by Glamour Goes Green at 5:56 PM No comments:

Dreaming of a Green Christmas

I have to admit, I haven't been a big fan of the Holiday season since reaching adulthood. Up until I graduated from college, I was just expected to enjoy the holidays. I automatically got two weeks vacation, someone else did the cooking, and all I had to do was show up with a few simple gifts. That all changed upon college graduation. The automatic vacation came to an abrupt halt. Then, after getting married, came the act of scheduling Christmas celebrations with the different factions of each family or somehow integrating everyone together. We all know how fun that is. Finally, it all seemed so wasteful and contrived. I mean, I don't really NEED anything and neither does any one of my close friends or family. The frivolous gifts, the mounds of wrapping thrown in the trash, and the kitschy decor really make me bah-humbug.

However, I'm trying to be a good sport about it. There are certain things I do enjoy. My horse-shaped sugar cookies are fun and delicious. I like looking at the ornaments on the tree - many are gifts or mementos from places my husband and I have traveled to. I like sharing a great meal with friends. In this spirit, I've compiled a few ways to have a green and glamorous Holiday while minimizing the waste factor. Let's just call it my "Dreaming of a Green Christmas" list:

Posted by Glamour Goes Green at 9:07 PM No comments:

I've gone back and forth on the issue of the Christmas tree.  One the one hand, it seems really wasteful and somewhat bizarre to adorn a dead tree with lights and ornaments and prop it up in the middle of the living room.  On the other hand, I have a great collection of ornaments that I like to display, and the site and smell of the tree in my house always puts me in a festive mood. (Except for the year when my lab pulled the twinkle lights off the tree and ate them.  That killed my festive mood immediately.)  So, before I moved forward on the purchase of tree, I had to do a little research.  Just how much would I be messing with the environment by choosing to have this traditional display of festiveness?
It turns out, the answer isn't is bad as you would think.  Swaths of forest are not being destroyed just so that I can have a little holiday spirit.  Most Christmas trees are a renewable crop that are grown on farms.  In some areas, the Forest Service issues permits for people to harvest wild trees.  However, this is done to create fire breaks, so you are basically paying them to assist in their forest maintenance.
But what happens when you are done with your tree?  Doesn't it turn in to landfill?  The answer is no.  Many communities offer curb-side pick up of trees after the holidays, which are then recycled.  In the city of Los Angeles, you can simply cut up your tree (or have your gardener do it) and put it in the green trash bin.  You can also take it a step further and compost it! For more options, go to the Earth 911 website, which is also a great resource to find out where and how to recycle just about anything.
Posted by Glamour Goes Green at 5:07 PM No comments:

Last night my husband and I ate at "Hearth in the Cottonwoods," which is located in Los Alamos, California (about 15 minutes north of Buellton/Solvang on the 101) and is home to both a restaurant and a production facility for Full of Life Flatbread.  I had eaten at the restaurant about a year and a half ago without him while I was at a horse event in Santa Ynez. Ever since then I've been determined for him to come up and try it, as he is a great supporter of organic and locally produced foods, and I knew he would love it. This hasn't been an easy task, especially because the restaurant was only open Friday and Saturday nights. They have recently added a Sunday Supper, which makes a day trip much more doable from LA, and that is what we enjoyed yesterday.

Their mission is simple: "At Flatbread we believe in the quality and freshness of local, organic and sustainably grown, ingredients. Most of our ingredients originate from within 300 miles of our restaurant, just a few hours drive. Where possible, we purchase our ingredients directly from family farms, growers, and producers to ensure integrity. Full of Life Flatbread also strives toward affording a livable wage for our employees and suppliers. They deserve it. You deserve it. We believe that food remembers the acts of the hands and of the heart. "
The food is delicious and incomparable to anything I've had in Los Angeles.  In fact, we had eaten at Pizzeria Mozza just the night before , and my husband and I agreed that their was no comparison - the meal at Hearth in the Cottonwoods out-shined Mozza easily.  They go into more detail about the restaurant, menu and their practices at Full of Life Foods.  If you can't make the trip, you can purchase their flatbreads at Whole Foods.  However, this is not a substitute for a meal up there, merely something to tide you over until you can visit them. 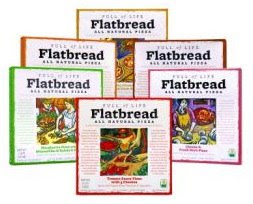